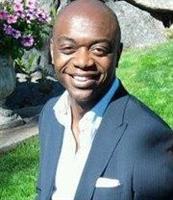 There is an old coaches’ saying: “Speed kills—them that ain’t got it.” Well, Voren Hughes had speed to burn and burn up the track at the State Championship level he did. For all four years of his high school career at Leavittsburg Labrae High School, Voren was the premier sprinter in Ohio short events and his only real competition was against himself and the clock. As a freshman, he qualified to the State Meet in the 400M and made it to the finals. Like all true champions—they come, they learn, they come back. Voren’s sophomore year was his breakout year and he put his lessons learned to good use earning Runner-up titles in the 400M (49.12) and as part of Labrae’s 4 x 400M relay. On only about 30 minutes of recovery between events, he added his first State Championship title in the 200M with a 21.89. Labrae High School tied for the team Runner-up title that same year and a star was born. As a junior, Voren added two more State Championship titles—the 100M (10.99) and the 200M (21.64). Additionally, Labrae’s 4 x 100M relay finished in 3rd earning him All-Ohio hon-ors for the 6th time. Voren’s senior year (1986), was one of dominance rarely seen in the 108 year history of Ohio Track & Field. He swept through the season winning everything he entered. He took all three Regional sprint titles in the 100M, 200M, and 400M—and then took all three Champion-ship titles in those same three events at the State Championships. His 100M time of 10.69 set a State Record, which he then fol-lowed up with a 21.56 200M and a 47.64 in the 400M. Total medal count: Six individual State Championship titles and two State Runner-up titles. Nine times he earned All-Ohio honors. Voren competed for two years at Ohio State lettering in 1987 and 1988. He currently lives and works in Seattle, Washington.