*Speaker notes will be listed below when available. 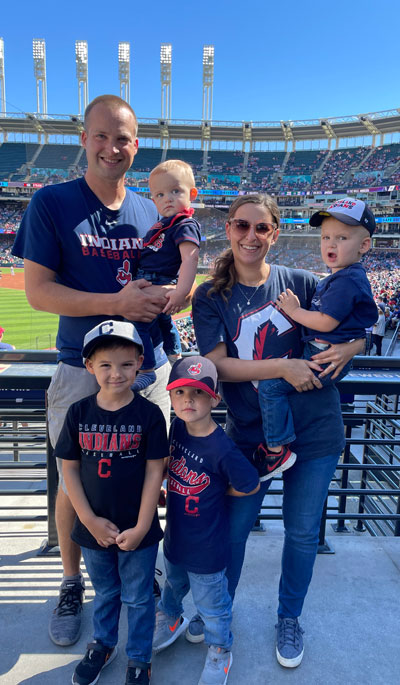 Coach Matt Schock is a 2006 Seneca East High School graduate and former cross country runner. Coach Schock brings to the table over ten years of coaching experience. First, Schock coached as an assistant on the state championship team as the Seneca East boys won their first-ever state championship in 2012. In addition to that, Schock was a part of three other top 10 state meet finishes (4th, 5th, 7th), and coached four All-Ohio athletes.

Schock became the Seneca East girls' head coach in 2014. During his tenure as a leader, participation is at an all-time high within the SECC program. The small rural school averaging 60-65 graduates per class continuously has junior high and high school cross country numbers of 50 or more in the program. Under his guidance, the girls have won two league championships, been a District Runner-up, and qualified for the regional meet five times. Schock has also coached an All-Ohioan as part of his tenure with the girls.

In addition to coaching success, Schock has thrived as a meet manager. He has developed two premiere cross country meets that Seneca East hosts each year. The Tiger Classic, which Schock and his staff started only 9 years ago, is an annual opening weekend meet. It draws many top teams from around the state, as the meet generally totals over 70 schools and 200 teams in attendance. Two years ago, Schock and his staff held their first-ever night meet, and this year transitioned the meet into a patriotic event on 9/11 that wowed all in attendance while honoring those who serve. Again, only in year two there were nearly 70 schools and 200 teams from all four corners of the state were in attendance for this meet.

Schock teaches as an Intervention Specialist in grades 4 and 5 at Seneca East, and has held this position for 11 years. He is also the District 6 OATCCC Representative, and coaches high school girls' track. Schock resides in Bloomville, OH where he and his wife Brianne have four boys; Carter (5), Jensen (4), Vincent (2), and Gradyen (1). 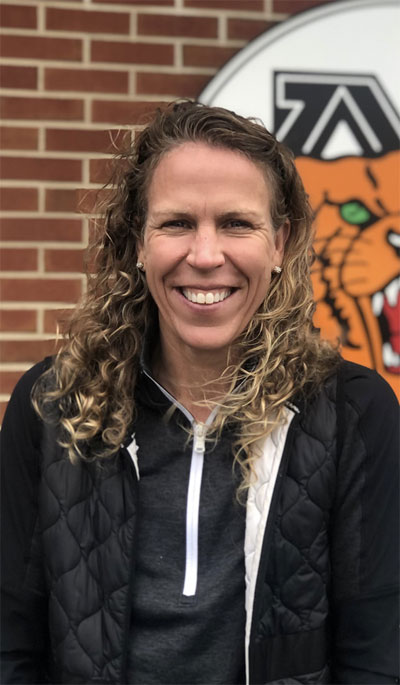 Jessie Magoto has been the head girls’ cross country coach at Minster High School for the past 23 years. While at Minster, she has coached 13 cross country state championship teams and 4 runner-up teams, while qualifying for the state meet all 23 seasons. She has coached 46 All-Ohio runners including Sunni Olding who finished 5th and 10th at the Footlocker Cross Country Championships. Minster currently holds 3 state records: lowest points at a state meet (38), largest margin of victory (97 points), and most state wins by a team (14). She has also been the head coach of Minster’s girls’ track and field team for 13 years. (2000, 2001, 2011-present). She has coached 2 track state championship teams and 3 runner-up teams including 31 All-Ohio relays and 29 All-Ohio individuals. Jessie has received the Sports Ethics and Integrity Award, Fred Daffler Award, and was named Ohio coach of the year in cross country in 2016 and 2018. Jessie teaches high school English at Minster and has received the Franklin B. Walter outstanding educator award on numerous occasions.

Mental Toughness Put Down Your Watch 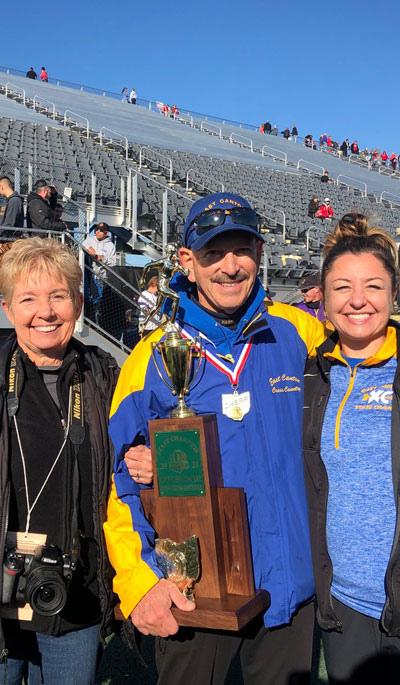 Lee Sternberg was the Head Cross Country Coach for the East Canton "Pacmen" for 49 years. He started the program in 1973 and has been the only head coach of the program up until his retirement after the 2021 season. Lee is a graduate of Akron Firestone High School and The Ohio State University. He began his teaching career at East Canton Elementary School of which he taught physical education and continued until his teaching retirement in 2008. Lee has coached 19 individual State qualifiers, 39 All-Ohio runners, and 6 individuals who earned State Runner-ups. His team has qualified to the State Championship meet 22 times, earning 2nd place 3 times (1987, 1988, and 2006), and winning the State Championship 4 times (1998, 2017, 2020, 2021). 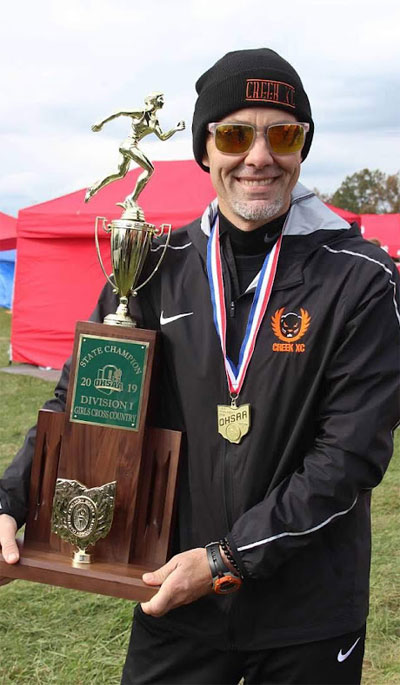 Howard Russ just completed his 14th season as men’s and women’s head coach for Beavercreek High School in Beavercreek, Ohio, a suburb of Dayton. Russ coached for nearly ten years in Huber Heights before moving to Beavercreek and changing school districts to coach and teach where his wife, Jami, teaches, and his three daughters attend school. He is a 7th grade social studies teacher at Coy Middle School.

Russ has acquired many honors throughout his tenure with Beavercreek. Those include Ohio Coach of the year in 2019,GWOC Coach of the Year seven times, SWDAB Coach of the Year four times, and Fred Dafler Career State Coach of the Year in 2018. His teams’ accomplishments are many, including 8 league titles (GWOC), 19 district titles, 12 district runners-up titles, 2 regional championship, 3 regional runners-up titles, and 17 qualifications to the OHSAA state meet. Of those state meet appearances, Russ’s women’s teams have finished within the top five teams on nine occasions. His women’s teams have won two state championships in 2018 & 2019, finished in 2nd place two times , and 3rd and 4th place twice. In 2019, Russ’s women’s team averaged 18:03, which is the fastest average in Ohio history. The 2019 team also qualified for Nike Cross Nationals and placed 13th. He coached two-time Division One state cross country champion Taylor Ewert, Ewert is a 6-time All-American including a 2nd place at NXN in 2019 and 3rd place in 2018. and 4th place at Footlocker in 2018. She was also the New Balance Outdoor National champion in 2000 meter steeplechase in 2018.

In addition to coaching cross country, Russ has also been a varsity track coach for a number of years at both Wayne and Beavercreek. Between the two sports, his teams have amassed 29 GWOC titles, over 30 district and regional titles, and 25 All-Ohio runners. Russ has been coaching the Beavercreek girls distance track team since 2014, taking his 4x800 relays 11 times to state, both in indoor and outdoor track. Nine of those teams placed in top six, including the 2018 4x800 squad that ran a 9:01 time to take 2nd place and the 2019 team that placed 3rd in 8:58 at the state meet. The 2019 4x800 placed 2nd at Outdoor nationals.