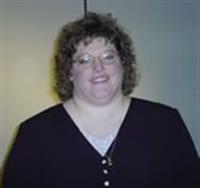 Teresa Sherman participated for South Point High School in track and field where she won three State Meet Titles in the Discus in 1987, 1988, and 1989. She was the first Ohio high school girl to throw over 170 feet. Teresa was a four time Junior National Discus Champion, and won the bronze medal in the Junior Pan Am Games in 1989. She was voted the Tri-State Female Athlete of the 1980’s by the Herald Dispatch in Huntington, West Virginia. Teresa became an NCA All-American in the discus while competing for the University of Kansas.