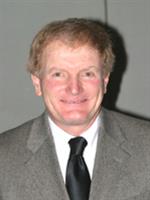 Rod O’Donnell has served as the Head Cross Country Coach and Track Coach at both Caldwell and Hudson High Schools. Mr. O’Donnell has also led teams from Kent State, Marshall, and Rio Grande College. In 11 years of coaching high school cross country, Rod has coached 6 District Championship teams, and 4 Regional team Champions. He has had 7 State Meet appearances where his teams placed 14th, 8th, 2nd, and two first place finishes. In addition, one of his runners, Wesley Smith, was the 2002 State Champion. While at Hudson, Coach O’Donnell had 13 State Meet qualifiers as well as the Track State Champion in both the 3200 M. and the 1600 M. While at Kent State, he was named MAC Coach of the Year twice. Rod had 27 NCAA qualifiers in Track and Cross Country and 11 All-Americans. At Marshall, Rod was again named Coach of the Year twice, this time in the Southern Conference. His teams had 25 Conference Championships and 3 NCAA qualifiers. He started the cross country program at Caldwell High School in 1971. In 1973 his team was the State Champion and had a dual record in 3 years of 38-0. Overall, Coach O’Donnell had a high school dual record in track of 66-19 and in Cross Country his dual record was 74-6. Coach O’Donnell is more than willing to help others in the field. He has written many articles and has spoken at many clinics in an attempt to give back to the sport.