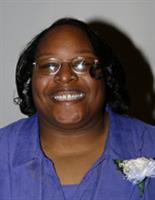 Roberta Collins attended Sandusky High School and was coached by Gary Lill and Toby Notestine. In 1995, this outstanding talent threw the discus 173’ 10” which was the best throw in the United States that year. She also threw the shot put 47’ 1”. Ms. Collins was the State Champion in 1995 in both the discus and the shot. She is the only athlete to be a 3X State Champ from Sandusky High School. Ms. Collins graduated from Kent State University in 2000 and was named to the Kent State Hall of Fame. While there, she was an 8 time MAC Champion in the discus (3X), shot put(1X), and weight. (4X). Her MAC discus was a MAC record. Roberta was a 3X All-American and placed 5th at the NCAA’s in 1997. She was also 4X Ohio Games discus/shot put Champion. She also won the Penn Relays in the discus in 1997. Roberta was the Jesse Owens Discus Champion and placed 7th at the 2000 Olympic trials with a throw of 189’ 11”. Currently, Ms. Collins is the Assistant Track Coach at Huron High School.