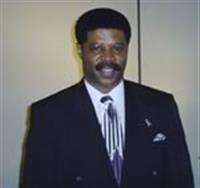 Robert Ware participated in track and field at Cleveland Glenville High School where he won State Meet Titles in the 100 and 220 yard dashes. His teams also won three championships in the 880 yard relay and three State Meet Titles in the same years of 1966, 1967, and 1968. Robert also participated at Cuyahoga Community College and Western Kentucky University. Robert ran in the 1972 Olympic Trials. He also competed with the Philadelphia Pioneer Track Club when he ran the fastest time in the world in the 400 meter relay in 1972.