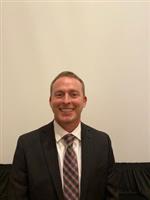 The roads of Fairfield County are no stranger to Rob Myers, but probably few who saw him back in his high school days out putting in those lonely summer miles could have guessed just how far those roads would take him. The first stop for the Fairfield Union High School senior in 1998 was the individual State Championship podium and his third All Ohio performance in cross country. Then came the winter and Rob moved indoors to claim his second and third state titles while setting state records in both the 1600M (4:18.77) and the 800M (1:55.32). Finally came the spring and the outdoor season where Rob repeated his indoor championship double in the 1600M and the 800M setting the State Record along the way in 1:52.73. Rob closed his high school career with an 800M National Championship title race (1:51.7) and a third place 1600M finish. Rob’s dominance in the middle distance events continued that fall when he arrived at Ohio State. In the course of his four year career, he helped the Buckeyes qualify as a team to the NCAA Championships, but it was on the track where he made his mark earning Big Ten Freshman of the Year accolades. Rob ended up with Big All-American in the 1500M, and held the Ohio State school records in the mile (3:58.64), the 1K (2:23.65), and the DMR. Over the next seven years, Rob was one of the dominant American middle distance runners earning top ten American rankings every year from 2004-2011 and won the 1500M National Championship Indoor titles in 2004—where he set the current Indoor record of 3:40.80— in 2008, and in 2009. He competed in the Olympic Trials in 2004 finishing 3rd in the 1500M and the Olympic Trials of 2008. He was a three time World Championship team member and ended his career with PR’s of 3:34.89 in the 1500M, 3:53.78 for the mile, and 1:47.0 in the 800M. In 2013, Rob turned to coaching and his athletes have been the benefactors of his experience with 39 athletes earning All Ohio honors across the three seasons, one Regional Runner-up title, and two Regional Championship titles. In 2017, Rob’s harriers earned the state Runner-up title in cross country. Rob currently lives in Lancaster, Ohio with his wife, Kelly, and two children, Emma and Carter.