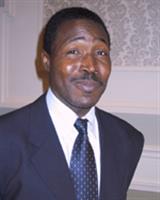 Ricky Pittman is a graduate of Cleveland East Technical High School. Where he was coached by Jim Emery. Ricky was an outstanding distance runner from 1978 through 1980. In the 3200 meter run, he set a state and national record of 8:46.3. He further set state records in the 10,000 meters (30:12.76) and as a member of the distance medley (7:28.2). In all, Ricky set five state records nad one national mark. While attending the University of Tennessee Ricky speciallized in the steeplechase. He scored in many NCAA and National TAC meets, and won three SEC Events. Rickey is a five time All-American, and was also a member of the 1980 World Outdoor Team.