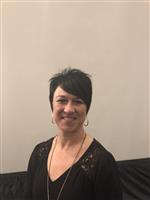 Steve Prefontaine would have liked Rachel-not for the victories she won, but for the one taken away. In the long run, the rules that held him back faded away and it was his success on the track that made him special. It would have been easy for Rachel to let the negative define her, but that’s not the way of Champions. The rules that held her back faded away also, and now all we remember about her is the way she won on the track. Yes, Pre would have liked Rachel. Win she did. A dominant cross country and track runner coming out of Archbold High School, Rachel finished 7th, 2nd, 1st, and 1st at the Cross Country State Championships. In Track, she was a four time State Champion in the 1600M and repeated those four Championship titles in the 3200M. She also held the 3200M State Record from 1990-1997. Nobody could touch her. At Auburn, she went even faster winning All- American honors seven times, twice in cross country and five times in track. A two time SEC Champion in the 5,000M and two time Champion in the 10,000M, she chose to focus on the 10K taking 2nd at the NCAA Championships her junior year and 3rd in her senior year. She still holds Auburn’s 1500M record at 4:17.81 set in 1996 and is listed on the Tigers’ All-Time Performers list in the mile, the 3000M, and the 5000M. Professionally, Rachel ran the 5K and 10K Olympic Trials in 2000 and competed in the Olympic Trials Marathon in 2004 and 2008 with a personal best time of 2:37.51. She also has PR’s in the mile of 4:32, the 5K at 15:38, the 10K at 32:36, and the half marathon at 1:15:15. Her versatility and accomplishments in all of these events make her one of Ohio’s finest distance runners ever. Today, Rachel still lives in Archbold, Ohio.