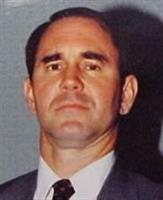 Pat Wagner has been the girls cross country coach at Findlay Liberty Benton High School since 1983 to the present. He was boys cross country coach from 1983 through 1988. He has been the girls track coach since 1982 to the present. Wagner was boys track coach at Berne Union in 1977, 1978, and 1979, boys track coach at Thornville Sheriden in 1976, and at Spencerville from 1972 through 1975. He has won three State Cross Country Meets and was runnerup twice. He has won five District/regional Cross Country Meet winners and four State Track Meet winners. He was named State Cross Country Career of the Year in 1988 and State Track Career Coach of the Year in 1991. Wagner served as Ohio Head Coach for the Girls at the 1992 Mideast Cross Country Classic in Kettering.