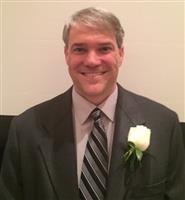 They say that when Albert Einstein died, he was still trying to figure out gravity. Shoot—all he had to do was go to Pettisville High School and Lincoln Cobb could have helped him with that, or at least with the part of how to overcome it. Pettisville did not have a track of any type during Lincoln’s first three years of competition, so it was pretty tough to work on the specifics of such a technical event as long jump. Despite this lack of facilities, Lincoln won the State Champion title in the 1989 long jump as a sophomore and then came back to repeat as State Champion as a junior. Also in his junior year, Lincoln qualified to the State Meet in the 100M and 200M events where he qualified to the finals and finished third in both events earning Pettisville a 3rd place team finish and just missing the podium. Not bad for a kid with no track. What if he had the advantage that so many others take for granted? To find out, the summer between his junior and senior year, Pettisville built an eight lane track & field facility largely with the help of volunteer labor of which Lincoln and his dad put in more than their share of man hours. And it paid off— In 1991, Lincoln was again the only entrant in the Division III State Championship from Pettisville. But—when you know how to beat gravity, one entrant is all you need. At the end of the day, Lincoln had won the long jump for a third time, added another state title in the 100M, taken second in the 200M, scored 28 points, and won the State Championship team trophy for Pettisville. Currently, this 1991 trip to the podium is the only team title in Pettisville’s track & field history. Lincoln’s 23’ 9¾” stood as a State Record until 2011 and his Miami University record jump of 24’ 5” stood until 2002. Final count: four championship titles, one runner-up title, and one team title. Lincoln now lives in Mason, Ohio.