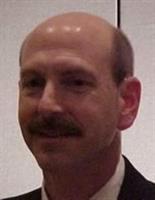 Lee Sternberg has coached all-Ohioans such as Mike Dorto, Scott Wyler, and Chris Williamson, plus six others during his twenty-seven years as cross country coach at East Canton HS. Team accomplishments include: 175 wins and 40 losses, 80 invitational,15 league, 17 district (13 in a row), 6 regional, and 1 state championship (1998; state qualifiers 15 of the last 19 years). Mr. Sternberg has also worked as the head of the coaches' poll in his district and often has been a clinician.