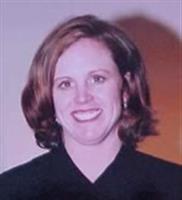 Laura Kirkham graduated from Centerville HS in 1985 after a highly successful track career. In state meets, she won three firsts and a second in the long jump with a best of 20' 1“; one first and one second in the 300 hurdles, and three seconds in the 100 hurdles. Laura set ten meet records in her career. She also won a junior national event and several junior olympic national events. Laura was also outstanding in the triple jump and the heptathlon. While attending Indiana University, Ms. Kirkham scored in the heptathlon in the NCAA and TAC outdoor nationals, scored in the Big Ten Meet 15 times, and competed in the indoor NCAA nationals. Laura currently resides in Colorado Springs, Colorado.