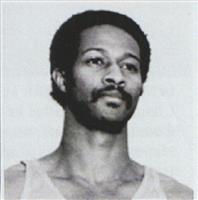 Lamar Preyor defined sprinting in Ohio during the early 70’s and all roads to the State Championship sprint races went through this Madison-Trotwood flash. He won the 100yd as a junior and a senior, won the 220yd as a junior and took the 440yd Runner-up title as a senior. In State Meet competition, he scored a total of 48 individual points during his career and as a senior, led the Rams to the State Runner-up team title. He won the 100yd at the Golden West Meet and was named National Champion while tying Jesse Owens’s fastest All-Time Ohio 100yd (9.4). Following high school, Lamar joined Coach Stan Huntsman at the University of Tennessee. As a standout freshman, he set the records in the 220 and his 300yd record (30.0) just missed the world record at the time of 29.6. His 20.0 leadoff in the 4 x 220 relay helped UT set a record that still stands today. A few weeks later, at the Penn Relays, this same Volunteer foursome ran to a World Record performance of 1:21.7. A stress fracture and hamstring injury caught up with him at the 1976 Olympic Trials in Eugene and although he qualified to the finals, his body failed him in his attempt to make the team headed for Montreal. He also competed in the 1980 Olympic Trials running the 200M. As a Tennessee Volunteer, he earned All-American recognition five times (when only the top five places qualified—not 16 like today). He was a part of the SEC Championship teams of 1976, 1977, and 1978. The 1976 team finished third in the NCAA Championships in both indoor and outdoor and his 4 x 400M relay was National Champions with a time of 3:03.94. Lamar remained in the Cincinnati area for most of his life and passed away in August of 2007 at the age of 50.