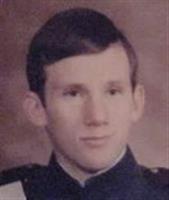 Besides being class valedictorian at Elgin High School, John Jones also won the state 2 mile in 1966 and 1967 and the state cross country meet. His track regional record of 9:12 stood for 20 years. Jones also ran 4:27 in the mile. After high school, John attended the U. S. Air Force Academy wher he was elected cross country captain for two different years. John ran the 5,000 and 10,000 at the academy and qualified for two Olympic trials.