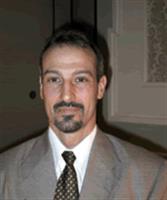 Distance runner Joel Marchand ran for Fairless High School from 1978 through 1980, where he was coached by Tim Stith. Joel was a five time state champion in his high school years. He ran the 1600 meters in 4:16.0 and clocked a 9:13.0 for 3200 meters, both state records for Division II. Mr. Marchand attended Malone College where he was the fastest cross country runner in the state of Ohio. He won the All-Ohio Cross Country Meet as a freshman, and he finished third in the Notre Dame Invitational which featured two former Olympians. Joel still holds the five-mile cross country record at Malone. At the three-mile distance, Joel was the national Champion in 1981 and set a nationl record. Joel earned All-American honors six times in his illustrious career.