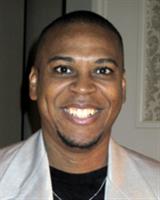 Mr. Joe Greene graduated from Stebbins High School where he was an outstanding long jumper. While he was a good high school athlete, he really cme into his own while attending the Ohio State University and after college. In the long jump ths talented jumper achieved a leap of 26'-7", and lept 55'-4 3/4" in th triple jump. Mr. Greene earned the Bronze Medal twice in the long jump at the Olympic Games. He was the NCAA Division I long jump champion, and won eight Big-Ten titles. Joe further set five Ohio Collegiate Records. He is especially proud of eclipsing the indoor long jump record of the great Jesse Owens at Ohio State, a record that had stood for fifty-four years.