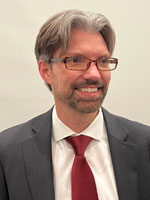 Jeremy Jason White—J.J. to everybody who knows him and this perhaps being the only time anybody has heard his full name—began his running career at Dublin Coffman High School and introduced himself to the State Championship Cross Country community with a modest 16th place All Ohio performance his freshman year followed up by an All Ohio 5th place 3200M the following spring. Perhaps, little did anyone realize except his coaches, Chad Biegler and Kevin Foley— J.J. was just getting warmed up. Over the next three years, J.J. dominated Ohio cross country winning a State Runner-up title his sophomore year and the State Champion titles his junior and senior years. His senior year, he ran the second fastest time ever on the Scioto Downs course missing Olympian Bob Kennedy’s record by only 1.2 seconds. A two time qualifier to the Kinney National Championships, J.J. earned All America honors with his 3rd place finish in 1992. On the track, it was the same. He won State Champion 3200M titles in 1991 and 1993, taking third in ’92. He capped his senior year by winning the 3200M at the Midwest Meet of Champions and the International Prep Invitational. J.J. earned USA Today All America recognition and was ranked the #1 3200M runner in the United States by Track and Field News. Stanford called and J.J. answered, helping boost their cross country program to a 1996 NCAA National Championship title and earning the first of his two All American honors. The second would come the following year in the indoor 3000M. All in all, J.J. competed in eight NCAA National Championships setting PR’s ranking him amongst the finest to compete for the Cardinal—800M (1:51), 1500M (3:46), Mile (4:01), 3000M (8:04), 5K (14:01), 8K XC (24:33), and the 10K XC (30:49). Stanford helped set the stage for J.J. ’s professional life as well. He completed medical school at Virginia Tech, his emergency medical residency at Mt. Sinai Medical Center (Miami, FL) before moving on to the position of Associate Dean of Osteopathic Medicine at Auburn University. Residing in Alabama, J.J. has served as an Instructor for the Department of Homeland Security Center for Domestic Preparedness. An All American runner, yes—but an All American person as well.