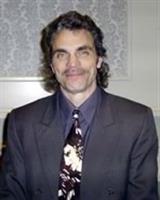 Jeff Phillips graduated from Whitehall Yearling High School. Jeff won the State Track Title in the 100 and 220 yard dashes in 1975 and 1976. Jeff also was an accomplished high school long jumper, going over 23 feet. Jeff won the 100 and 220 yard dashes in the Golden West Invitational, and established four state records. While competing for the University of Tennessee, Jeff won the Penn Relays, Drake Relays, and Kansas Relays. He also won the 200 meters in the Senior National Meet, as well as placing in many NCAA championships.