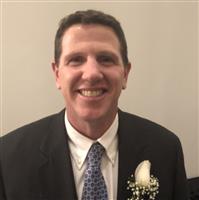 The first rule of hunting for a coaching job: “Never follow the legend.” But—when Stan Stammen capped his 32 year coaching career with his induction into the Hall of Fame (Class of 2006), Jeff Howard picked up the reins of Woodridge cross country and a cocoaching role in track and over the past 19 years has continued a tradition of excellence few programs can ever hope to achieve. The respect that Jeff holds for the program, his predecessors, the tradition, and the sport has carried over to every aspect of the program and infused an enthusiasm for running that has become a Woodridge "way of life." He has shared this expertise with coaches as a speaker at several local and state clinics and with athletes while serving as the MidEast XC coach from 2008-10 and as a Midwest TF coach in 2012. He was chosen to represent Ohio as the NFHS Coach of the Year in 2013-14 and was named the Boys Cross Country Mideast Region (a region covering eight states) Coach of the Year. And yes—his teams have won. The Bulldogs have had 293 athletes qualify to the State Championships with 116 earning All-Ohio honors and several of them earning State Champion titles. They have won a combined 23 District titles, 15 Regional Championships and have been the cross country State Champion on eight occasions including a five year consecutive streak in boys Division II (‘06-’10), and in 2016, a sweep of the boys’ and girls’ titles. The 2010 boys’ track team also garnered a State Runnerup title and the boys 4 x 800M relay still holds the State Record at 7:37.43 set in 2011. The Bulldogs’ appearances at the 2017 State Cross Country Championship marked the 14th time the boys and the girls teams have qualified to this level of competition. It was also the 14th consecutive trip for the boys and 13th for the girls. Additionally, the girls rank 9th in all-time appearances at the State Meet tied with Cleveland Hts. Beaumont. Jeff continues to coach and teach at Woodridge and he and his family live in Cuyahoga Falls, Ohio