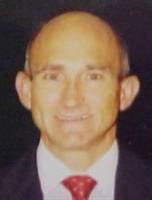 Coaching since 1978, Jason Lindsey's cross country teams won the state meet in 1983 (boys) and 1984 (girls). His teams have placed in the top 8 at the state meet eleven times (boys, 3; girls, 8) and have won 24 league championships (12 each for the boys and girls). In district competition, the boys have won 6 and placed second five times. The girls have won 5 and placed second six times. His teams have won many invitationals including the Lakota Fall Classic, Tiffin Carnival, Worthington, Cloverleaf, Anderson, Forest Park, and others. In girls' track, Lindsey has guided 18 all-ohioans for the girls and 8 for the boys. His teams have won their league 6 times and been runnersup 10 times. Jason has coached many outstanding individuals such as Theresa Hawkins in the shot and discus, Jim Hendrick in middle distance running, and Heather Schroeder and Brian Hill in cross-country. Lindsey has served as district representative to the Ohio Association of Track and Cross-Country Coaches Executive Board for 13 years. He has also served as the Mid-East Coach for cross-country.