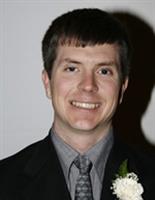 Hailing from Newcomerstown, Ohio, Jamie Lewis was an outstanding pole vaulter. He was under the guidance of head track coach Terry Henry, and pole vault coach Jim Fleming. At the Tuscarawas all county meet Jamie set the all-time Ohio pole vault record for Divisions I, II, and III at 16’4”. He achieved his best vault of 16’ 7” at the Ohio Games. He took first place in the State in 1994 and 1995, setting the Div III State meet record at 16’1”. His senior year Mr. Lewis cleared over 14’ twice, over 15’ five times, and over 16’ four times; all were meet records. Jamie Lewis attended the University of Cincinnati. He took third in Conference USA indoor meet in 1997. In 1998 Mr. Lewis placed second in the meet and in 2000 he was first in the outdoor meet with a vault of 16’5 ¾”.