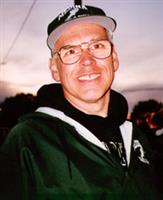 Coached track at Cleveland Glenville from 1966 through 1969, at Cincinnati Purcell from 1971 through 1973, at Cincinnati Roger Bacon from 1974 through 1977, and at Medina from 1978 to the present. Coached cross country at Glenville from 1966 through 1968, at Purcell from 1970 through 1972, at Roger Bacon from 1973 1976, and at Medina from 1984 to the present. Won two state track titles at Glenville and two regional track meets while at Glenville. Won one conference track championship. Won one league and one district cross country meet. Coached six individual state track meet winners. Official.