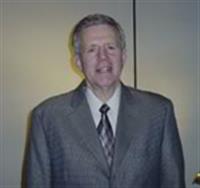 Hank Schweiterman has coached track and cross country at Coldwater High School for twenty-six years. His girls track teams have earned State Meet Titles in 1994, 1995, and 1996. He has also coached individual state meet champions in track and field. Hank has been awarded District Coach of the Year and the Fred Dafler Career Coach of the Year honors. His teams have won four District Meet Championships and three Regional Championships. Having earned various teaching and community awards, Hank is also a distinguished educator and citizen in Coldwater.