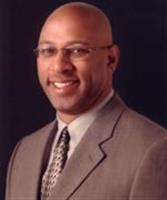 Glen Terry ran track at Cincinnati Sycamore Township High School under the guidance of coach Duane Correll. He was a two-time state champion in both the high hurdles and the 300 intermediate hurdles. His best time in the high hurdles was 13.71, and he timed a best of 36.38 in the intermediates. Glen set seven state records (six outdoor and one indoor). He went on to set a national record and was ranked first in the nation in both hurdle events in 1989. While attending Indiana University, Glen won five Big-Ten hurdle events and captured the NCAA title twice. He is currently coaching track and field at Radford UNiversity in Virginia.