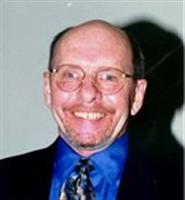 Gary Smith began coaching at the middle school level in 1969. He went on to coach both boys and/or girls cross-country until 1990 and as both assistant and later boys'head track coach until 1996. In cross-country, his teams were league champions or runnersup for boys, 12 consecutive years and girls, 13 of 14 years. They were district champions 20 times and state champions twice (girls, 1989 and 1992). Gary won many coaching awards including State Cross-Country Coach of the Year (1993), Award for Sportsmanship and Ethics (1996), and District Coach of the Year 16 times (8 boys, 8 girls). Mr. Smith developed many outstanding runners including 800m All-American Laura McKinley, Alyson Butterfield, Kristin Gaddis, Brett Sanborn, Brian O'Neill, Paul Linder, and Len Kemp. Gary's 4 x 1600m team broke the state record in 1992. Gary was considered by other coaches to be "one of the most successful coaches in the central district.