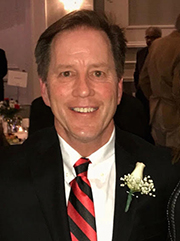 Whether you know them as Cincinnati LaSalle, or by the technical name of the school, "La Salle" - if you have seen them run, you will remember them. During the 35 year period under the guiding hand of Frank Russo, they have established one of the most impressive championship resumés in Ohio high school cross country and track and field history—including 28 GCL Championships—and it is not one to be surpassed or forgotten any time soon. Following a successful high school career of his own, which culminated in a #4 individual State Championship finish and leading his Cincinnati Colerain team to their first ever State Championship title in 1978, Frank went on to Ohio State where he was a five time letterman in cross country and track and field. He was also the team captain of the Buckeyes in 1982 before returning to the Cincinnati area to begin building the Lancer dynasty. Frank has coached 281 athletes to the State Championship level of competition with 118 of them earning All Ohio honors including 19 State Champion individuals and relays. Frank has had four individual State Cross Country Champions including two-time winner, Allen Bader. La Salle has also had four individual Footlocker All-Americans as well as qualifying as a team to the Nike XC Nationals in 2006 where they finished 15th. Frank has served the OATCCC as a pollster for boys cross country and is the President of the Southwest Ohio TF/XC Coaches Association. He currently resides in Loveland, Ohio.