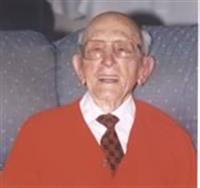 Dwight Kane ran track for Lancaster High School. As a junior, he won the 220 yard low hurdles in the State Track Meet of 1924. In 1925 he was recognized as Central Ohio’s Outstanding Athlete. While a student at Ohio Wesleyan, Dwight won conference titles in the hurdles four years. In 1928 Dwight became the NCAA outdoor hurdle champion and competed in the Olympic Trials. Dwight also served his country as a civilian instructor for the U.S. Air Force flight engineering school.