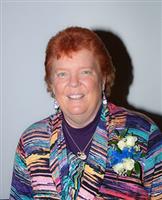 In her years at Euclid High School, Debbie was an All-American in basketball and a legend on the softball field, had the highest bowling average in Ohio for her age group, and was an out-standing tennis player. But her career has been one of many firsts and she is a pioneer in women’s athletics at all levels of competition. The Girls State Track and Field Tournament was in its first year (1975) when Debbie took advantage of the opportunity in front of her to show the world that “throwing like a girl” was something of which to be very proud. In her years at Euclid High School, she won too many invi-tational titles and championships to name. A five time All-Ohio athlete, she was the State Runner-up in the shot put her junior and senior year. The discus was her event though, and she was a three time State Champion. She also earned All-American honors three times before her gradua-tion in 1978. At the University of Michigan, she found a new throwing event to love—the javelin. Debbie became the University of Michigan’s first Big Ten Champion in Track & Field and would go on to win the event all four years she competed. She was the NCAA Runner-up and earned All-American honors. Her throwing career continued after college and she went on to represent the USA in team competitions against West Germany and the Soviet Union. Debbie competed in six US Olympic Festivals and in 1984, she finished 5th in the Olympic Trials. Debbie returned to Michigan as the women’s track coach and has been inducted into the Wolverine Hall of Fame. She also played one year of professional golf on the LPGA Tour. Since 1996, she has helped lead the Magic of Christmas Adopt a Family Foundation which helps hundreds of Ann Arbor area families realize their holiday wishes in cooperation with fund raising efforts of local law enforcement and the University of Michigan. Debbie currently coaches golf at Saline High School and lives in Ann Arbor Michigan.