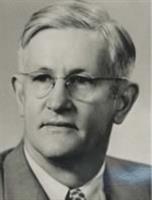 Coached track at Oberlin College from 1929 through 1959, and cross country at Oberlin from 1928 through 1958. Won 16 Ohio Athletic Conference cross country meets and 13 conference track meets. Coached several NCAA competitors when there was only one division, including one winner. Won the 1924 Olympic Games high hurdles, just before arriving at Oberlin for his first year. President of NCAA Cross Country Coaches Association in 1949 and 1950.