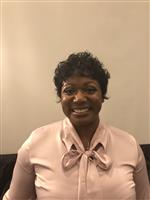 In 1991, when Anissa Campbell was a freshman, she lost a 100M race. It was the StateChampionships and she took home the Runner-up title that year, but that was it—she never lostanother one. Not at any level—not a qualifying heat, not in duals or invitationals, and not at the State Championships. Under the guidance of Coach Tim Thomas, the Ironton High School sprinter quicklyestablished herself as a “force” on the track and she would go on to win five State Championship titlesover the next three years of her career, three of them in the 100M. She won the 100M as a sophomoreand repeated as a junior, but it was her senior year when she truly made her mark on StateChampionship history by winning three titles in the 100M, 200M, and 4 x 100M relay. The thirtypoints scored that day by Ironton tied them with Bay Village for the State Runners-up team title, theonly State title in Ironton history. Other championship performances her senior year included winningthe 55M dash at the Ohio Indoor Classic and winning the Midwest Meet of Champions 100M. At theMidwest Meet, she also anchored the winning 4 x 100M relay for Team Ohio. Her school records in the100M (11.81), 200M (25.00), and 4 x 100M relay still stand. From Ironton, Anissa took her talents tothe University of Tennessee where she helped the Volunteers place at the NCAA Championships in the4 x 100M relays. In 1996, they placed 8th and earned All-American honors. In 1997, with three of thesame foursome returning, the Lady Vols ran a 44.07 to earn 3rd place and once again takeAllAmerican honors home to Knoxville. Anissa’s senior year (1998) would see her set personal bests inthe 100M (11.62) and the 200M (23.97) In 2014, Anissa became the first female athlete to be inductedinto the Ironton High School Hall of Fame. Anissa currently resides in Houston, Texas.