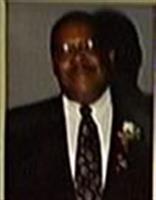 Tom Elkins has been the boys track and field coach at Cleveland John Marshall High School since 1979. He has been the boys cross country coach from 1975 through 1977, 1986 through 1989, and 1992 & 1993. His teams have won two State High School Team titles and three District and Regional Titles. Tom was named the boys Track&Field Career State Coach of the Year in 1992. His teams have won two Mansfield Relay Titles. He has been the Head Coach of the Midwest Meet of Champions. Tom's athletes have won seven individual titles at the State Track Meet.