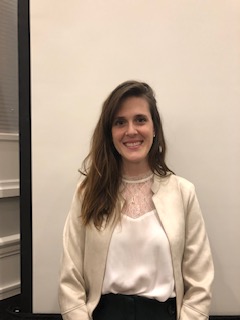 On the day Stephanie Morgan moved from Clarkston, Michigan to Barnesville, Ohio, running in this state changed forever. As a freshman, Stephanie had led her Clarkston HS teammates to the Michigan State Championship title in cross country with her 6th place finish, and then went on to win the 800M and 4 x 800M titles in track while adding a Runner-up title in the 1600M. The Stephanie-led Clarkston foursome also finished second in the Distance Medley at the National Championships. This success continued in Ohio as she won her cross country District and Regional titles before finishing fifth at the State Meet. On the track, Stephanie earned her first Ohio State Championship titles in the 1600M and the 3200M, setting the tone for the great things to come her junior year. In Cross Country, Stephanie was untouchable winning her first State Championship title before going on to qualify to the Footlocker National Championships. She repeated her 1600M-800M double and set a State Record in the 800M before helping the Barnesville 4 x 400M to a fourth place finish. Along the way, she won the Penn Relays High School Mile with the fastest time in the U.S.A at the time. She finished third at the National Championship 1500M and was named the Gatorade Track Athlete of the Year. Her senior year would see a repeat of all of her cross country success—including her second Gatorade AOTY Award—with the addition of the Nike Regional Championship title. She also won her third 1600M title and repeated as the Ohio Gatorade Track Athlete of the Year. She remains the current Ohio DIII State Record holder in the 800M and 1600M. Stephanie went on to a successful running career at the collegiate level, first at Baylor and then transferring to Illinois where she received Big Ten recognition as well as qualifying to the National Championships twice.