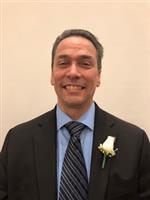 The OATCCC Association was started in 1941, the brainchild of Ed Barker. In 1964, the OATCCC chose his name to represent the award now given as an acknowledgement to individuals who have shown the most exceptional service to the OATCCC and to the sports of Cross Country and Track & Field in Ohio. The OATCCC takes great pride in naming Scott Dorne the 2019 Ed Barker Award winner for the leadership roles he has undertaken and the major impact he has had on the sports of cross country and track & field. Scott coached track for 18 years and cross country for 10 at Westerville South High School during which his teams enjoyed great success at all levels of competition and individuals such as six-time State Champion Krista Keir led the Wildcats onto the All-Ohio platform. However, it has been Scott’s service and leadership roles that have set him apart in our sport. Scott has served as President of the Central District Coaches Track & Cross Country Association and on the Central District Athletic Board. He has also served as meet director for the OCC League Championship Meet on four occasions and twice for the Indoor Central District Championship. During his time as Athletic Director for Westerville South High School (2009-13), Scott still found the time to lead the OATCCC organization as its President and played an instrumental role in the preliminary discussions leading to the eventual introduction of wheelchair events to the State Championship format. In addition, Scott is credited for the implementation of the 9th place qualifier to the State finals. Scott was also instrumental in the discussion to see the State Cross Country Championships expand from 16 teams to its current 20 team format. His leadership style has also been credited on numerous occasions for the strong relationship enjoyed between the OATCCC and the OHSAA. Scott left Westerville in 2013 to serve as the Athletic Director at Thomas Worthington HS and in 2017 returned to Westerville to serve in his current capacity as Director of Facilities and Operations for the District. For all he has done for all of us, the OATCCC is proud to recognize Scott Dorne as the 2019 Ed Barker Award winner.