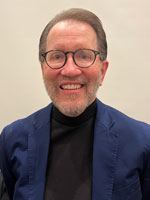 Nothing speaks more positively about a runner’s high school experience than when they return to their alma mater to coach. Such is the case with Ron Russo who captained Colerain’s first State Championship team in 1978. Perhaps one of the finest collections of runners at one high school, Russo and his companions finished the season ranked 3rd in the nation. A good starting place for what was to come when he returned in 1990. Building the program and depth it takes to compete at the State Championship level needs time, and by 1996 Colerain had arrived—at State Meet and in the National rankings. The 1997 team led by 5th place finisher, Kelly Crum, won the first Colerain State Championship in any sport. Alison Zeinner would win the 3200M individual title in 1998 leading the Cardinals to their second title, and then finish 10th with Kelly Crum in 11th in 1999 leading them to the triple. When they won their fourth consecutive title in 2000, they continued their national rankings domination, the highest finish being 3rd both in ‘97 and ‘98. Coach Russo’s girls (at Colerain, 1990-2010; at McAuley 2011-2012) dominated in the spring. Colerain’s presence in the distance events have seen one team State Championship (‘00) and a team Runner-up in ’99 followed by McAuley earning two State Runner-up titles in the 4 x 800M relay. Allison Zeinner won the 3200 DI State Championship in 1998 and Danielle Pfeiffer won two Runner-up titles in the 800M (’11, ‘12). In 1996, Ron won the Girls Division I Cross Country District Coach of the Year and in 1992, 1996, and in 1998, was recognized by the OATCCC with the Fred Dafler Career Coaching Award. Besides the girls’ accomplishments, Colerain’s boys also saw great accomplishments under Ron’s guidance winning two District Championships and three Runner-up titles. Mason Ward won the DI 1600M in both 1999 and 2000, the Penn Relays Mile (‘00), and then finished 3rd in the Millrose Games Mile and 4th at the Golden West Meet in California. Ron lives in Covington, Kentucky and is in his fourth year of coaching at Thomas More University. Colerain Girls Team Titles: State Championships (CC): 4 State Runners-up (CC): 3 Regional Championships (CC): 8 Regional Championships (TF): 1 District Championships (CC): 15 District Championships (TF): 9