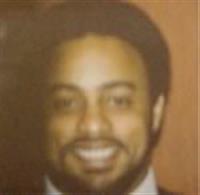 Ran for Toledo Libbey High School and University of Iowa. Won five state individual championships while as a student at Toledo Libbey-100 dash twice, 200 dash twice, and ran on a winning 4x220 relay. Set state records in the 100 and the 220. Won the International Prep Championship 220 in 1972 and tied the high school record in the 60 yard dash at the 1972 USTFF indoor championship.