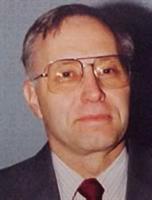 Herb Hartman was the boys track coach at Troy High School from 1968 through 1989. He has been the girls track coach from 1989 to the present. Hartman was the boys cross country coach at Troy from 1973 through 1976. His teams won five conference track championships. He was president of OAT&CCC and served in other officer positions. He was OAT&CCC Annual Track & Field Clinic Director for 12 years. Hartman was the Head Ohio Coach at the Midwest Meet of Champions in 1978 and 1979. He has been the State Cross Country Meet Manager since 1985 to the present.