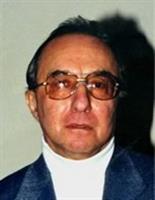 Tony Buttar has been the boys' track and field coach at Warren Kennedy High School from 1965 to the present. His teams won six district/regional meets and his athletes have won nine events at the state track meet. His team was runnerup in the state meet once. He was named the boys track and field state honored coach of the year in 1993. He is a registered OHSAA track & field official.