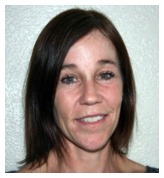 Women’s cross country in Ohio was only in its third year of State Championship competition, but Maureen left an impression that guaranted it was here to stay. Hailing from Kettering Fairmont East, Maureen was the 1979 OHSAA State Champion and over the next two years of competition only lost once. In the 1600M, Maureen ran 5:02.5 and 4:59.36 in 1980 and 1981 respectively to win back to back Runner-up titles. It was in college where Maureen set records of which most people can only dream. An Ohio State Buckeye, she currently holds six OSU records for Indoor Track and another four records in Outdoor Track including a 15:57.51 5K, a 9:14.4 3K, 4:45.11 in the mile, and a 10:06.1 two mile. In 1983, Maureen won the All-Ohio Intercollegiate Cross Country Championship and the following spring was the Big Ten champion in the 5000M as well as recording major wins at Drake, Penn, Tennessee, Pitt, and Illinois. In the fall of 1984, Maureen was 1st Team All Big Ten and earned All-American and set the OSU Cross Country record for a 5K at 16:30.4. Following college, Maureen continued her running career competing at the national class level for the Bob Schul Racing Team from 1986-1989. In 1986, Maureen raced in the Olympic Trials Exhibition 5000M. A true role model for young women distance runners in the 1980’s, Maureen was one of the first to establish the Ohio tradition of national level competitors in a time when the debate still raged over whether or not women could race at these distances. Also a member of the Dayton Athletic Association Athletic hall of Fame, she now resides in California.