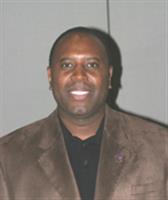 Mark Cannon attended Elyria High School from 1984 – 1987, competing in track and field for three of those seasons-’85, ’86, and ’87. He was a proud member of the track team coached by Head Coach Daryl Nalle and Assistant Coach Tim Johnson. Mark’s specialty was the high jump where he lost only two meets in three years and was undefeated as a senior. During his career, he won many events/relays in addition to three District and Regional titles and was also the State Champion all 3 years. The 3 state records Mark set probably make him the proudest. Two of these were set indoors and in 1987, Mark leaped 7’ 2 1/4” to set an outdoor record which still stands today. Mark received High School All-American honor on two occasions. Mr. Cannon attended Ohio State University where he was named Captain of the track team. He graduated with a BA in Economics in 1992. He won the Big Ten, the Penn Relays, the Dogwood Relays, and the Kansas Relays. His efforts won him All-Big Ten as well as NCAA All-American honors. He held both the indoor 7’ 3 1/4” and the outdoor 7’ 4 1/4” records at OSU. The indoor record still stands. Mr. Cannon also competed in both NCAA and TAC/USATF National meets. Mr. Cannon is currently the Head Track Coach at Columbus State Community College. He lives in Reynoldsburg with his lovely wife Renee and twins (son and daughter) Kyle Alexander and Kara Nichole.