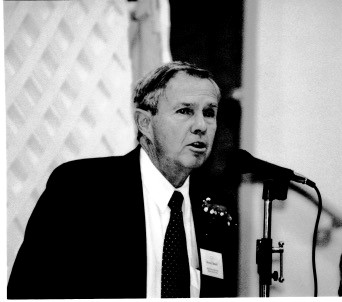 Ken Beard began his teaching and coaching at Lincoinview, moved to Franklin Monroe High School, andcompleted his career at Milton Union High School, where he guided his teams for 34 seasons. Ken was the guidingforce in building Franklin Monroe's first track and Milton Union's first all-weather surface track and stadiumcomplex. Ken has been an active official, encouraging many others to enter this field. Ken instituted and managedmajor invitationals in track and cross country, as well as being an OHSAA District Track Meet manager since 1968.Ken has been the official meet photographer for the State Track and Cross Country Meets since the early 1980's. Hehas also served as the head photographer for the MidWest Meet of Champions and the MidEast Cross Country Meet. Ken Beard's service as teacher, coach, meet manager, official, and role model has inspired many others to follow in his footsteps.