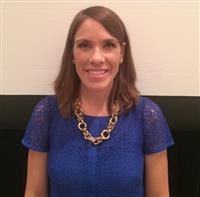 Just when you think a program is about as good as it can get—because Beaumont sure was doing its share of winning through the 80’s - along comes someone who not only elevates that championship program to a new level, but also raises the level of women’s running in Ohio in general setting standards and goals which remain elusive 20 years later. Just such a runner was Katy Radkewich. Katy led the Blue Streaks to State Champion cross country team titles all four of her years at Beaumont while destroying records in both Division I (‘93) and Division II (‘94, ‘95, ‘96). After finishing a State Runner-up as a freshman, she went on to win the individual State Champion title three times and her 16:59.8 remains the all time fastest 5000M race ever run by an Ohio athlete and the only time an Ohio athlete has broken 17:00. She is a member of a very select group of four-time Foot Locker National Championship qualifiers. Finishing 20th as a freshman, she returned over the next three years to win the Midwest Regional Qualifier twice before going on to earn All American honors with 7th, 3rd, and 2nd place National finishes. Her senior year, she also represented the USA at the World Cross Country Championships in South Africa, finishing 41st in the junior women’s race. In track, Beaumont won three more State Champion team titles behind three 3200M titles (‘94, ‘95, ‘96), a 1600M championship title (’94), and two 4 x 800M titles (’94, ’95). Track PR’s included a 4:50.40 1600M and a 10:17.33 3200M State Record which stood until 2008. Her 10:27.5 State Meet time also remains the #4 all-time State Meet performance. In addition to her 3200M state titles, she also finished 2nd at the Penn Relays, 2nd at the Indoor National Championships, and 2nd at the Outdoor National Championships adding All American status to her resume in track & field as well as in cross country. A stress fracture cut her senior track year short and kept her from adding to this performance list. However, that’s 16 times she had a State Champion medal placed around her neck as either an individual or team member. Not too bad. Katy went on to run at Michigan where she was a six time letterman and recognized as All Big Ten in 2000. She currently lives with her husband and two sons in Orlando, Florida.